It’s better to plan your travel so you don’t have to waste hours in thinking if a place to go when you are there. Instead, write it down on a paper/notebook or type it down on your phone. Plus book your activities online beforehand as its way cheaper than buying it when you get there.

Where to get cheaper tours?

Based on our personal experiences, Klook Are a great company for discounted tours for your trip to Taiwan and we took the following from KLOOK. 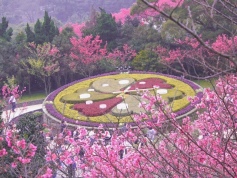 Beitou geothermal qualities were first in use centuries ago as sulfur mines, but with pretty disastrous consequences as, at the time, they were the cause of serious health problems for the poor miners. Fortunately, how times have changed!

Japanese Era – In 1896 a Japanese businessman from Osaka, Hirita Gengo (平田源吾), set up Taiwan’s first hot spring resort in Beitou (then known as Hokutō Village  / 北投庄). It was hugely popular and soon a great success with all of Japanese and local society, including a visit in 1923 by Prince Hirohito! It was obviously THE place to hang out in the hot baths and much the same attitude prevails today although there have been no further royal visits since 1923.

Post-Japan – Sadly it was left to rot in heavy neglect after WWII and it was not really until Taiwan started achieving some autonomy in the 1990s that local interest, fuelled by the improving economic situation, began to revive its fortunes and put it on the path of favor and popularity once again. With renewed funding, it was soon restored to previous heights of grandeur to once again become the popular ‘hot spot’ that you see today!

It’s difficult to find a better way to spend a great day in Taipei that beats routing around in the Beitou area. It has a great deal to offer from Buddhist Temples to Hot Springs to Museums and more besides. Below are just some of the must-see places.

From Beitou station a one-station branch line runs to Xin Beitou station, which is near the hot springs area. One train services this line running back and forth between Beitou and Xinbeitou MRT stations, departing from each end approximately every ten minutes.

In order to get close to the hot springs, you can go from Beitou Station direct to Xin Beitou. The train goes every 10 minutes. You can rent a bike (YouBike)when you arrive which makes it so much easier to get around but you can walk if you have the energy and stamina and if you’re going to want to visit the Beitou Museum it’s a fair old trek on foot! 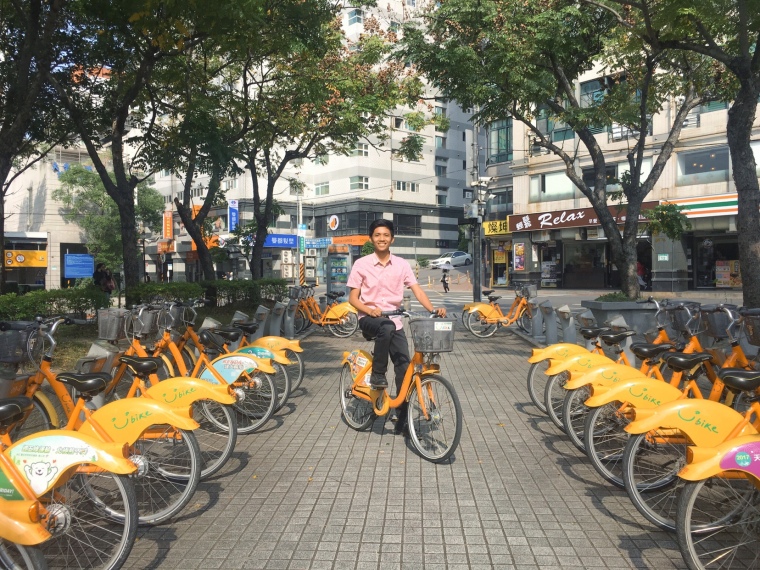 How to get there:
Option 1:

Beitou Park is a long, narrow park just by Xinbeitou Subway Station. Established 1913! It is best known for its water fountain at the entrance which puts on an hourly water show throughout the day. There are also a number of walking trails and great places to relax and worth a look are the Beitou Library and Plum Garden. Not just a library but a building, housing books, that Tarzan would feel at home in and the first building in Taiwan to be certified as ‘Green’ by the government. Built-in 2006 it’s an awesome wooden structure and even if you are not interested in literature, the building architecture is a must see. 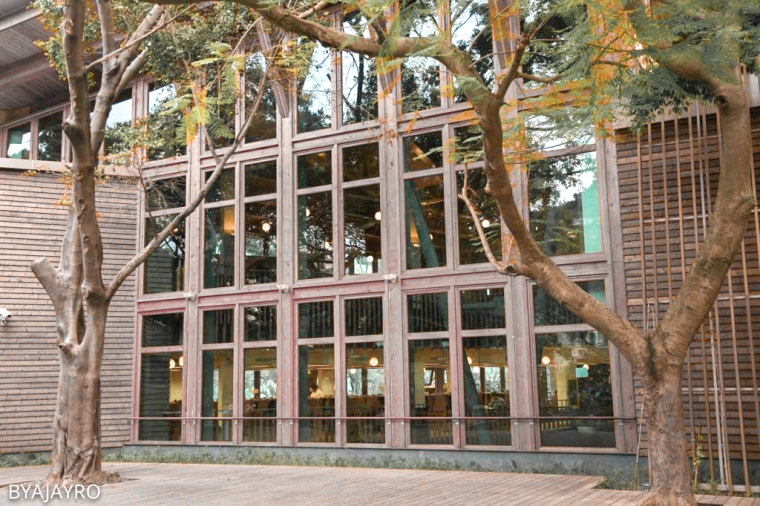 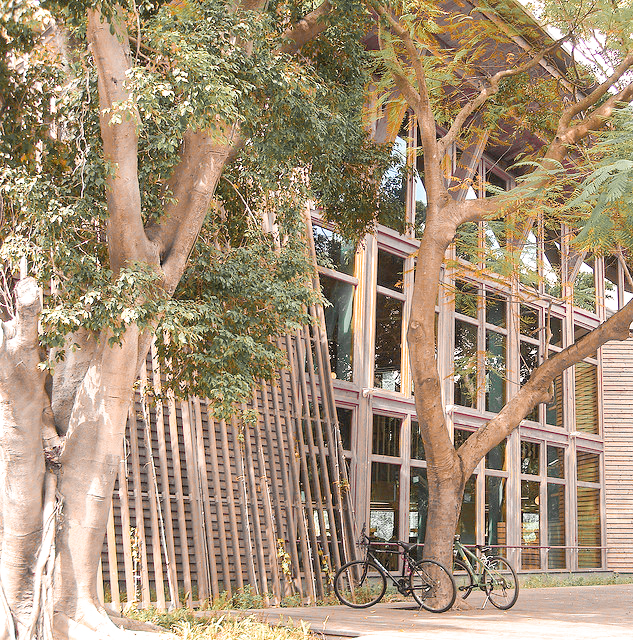 The museum has an amazing history and really only by a mix of luck and perseverance of some locals, survived the turmoil of post-WWII and the lack of enthusiasm for anything originally Japanese in that era. Luckily for all as late as 1997 the building was lovingly restored to the beautiful landmark that it is today. Both the building and the museum displays are a must for a visit – don’t miss it.

There are a total of 3 hot springs and 2 cold springs. The hottest is at 43 to 45-degree c. With the others at 41 to 42-degree c and 35 to 40-degree c. Conditions of use are strict and using you’ll need to use the shower to rinse yourself and once you have decided which one you’re going to try, you’ll need to wash your feet again with the buckets by each spring. The protocol also requires complete body immersion and not just dangling your feet in etc.

The hot spring is open only at certain hours (below) and if you forget swimwear you can buy in the expensive onsite shop. There are full bathroom facilities and changing lockers. Beitou’s Puji Temple is an uncommon example of a Japanese Buddhist temple. Few survive in Taiwan and Puji was built in 1905 and combines the elements of three Japanese religious traditions; Wayo, Daibutsuyo (Great Buddha) and Zen Buddhist. Today, Puji Temple is dedicated to Tangshou Guanyin – the Goddess of Mercy and the temple and the Goddess are believed by locals to be the guardian spirit of the hot springs.

The Beitou Museum (北投文物館) houses over five thousand pieces of Taiwanese folk craft dating from the Qing Dynasty up until the 1970s. The building itself is probably the best-preserved example of  Japanese architecture in Beitou and has been beautifully restored, complete with two small stone gardens and in its day it was the most luxurious hot spring hotel in Taiwan. The museum also houses a cafe and restaurant (vegetarian meals must be ordered two days in advance). It’s only a short taxi ride to get there and it’s a great experience.

Beitou Geothermal Valley is on the northern edge of Taipei and its hot springs have a history Going back over 200 years to when the Japanese first started using the springs. The Valley has hot springs that reach temperatures of over 100º Celcius and although you have to pay to actually take a dip in the cooler ones, you can enjoy the great views free of charge.  The Valley is easy to access on the subway and it’s a nice break from the buzz of the city center. 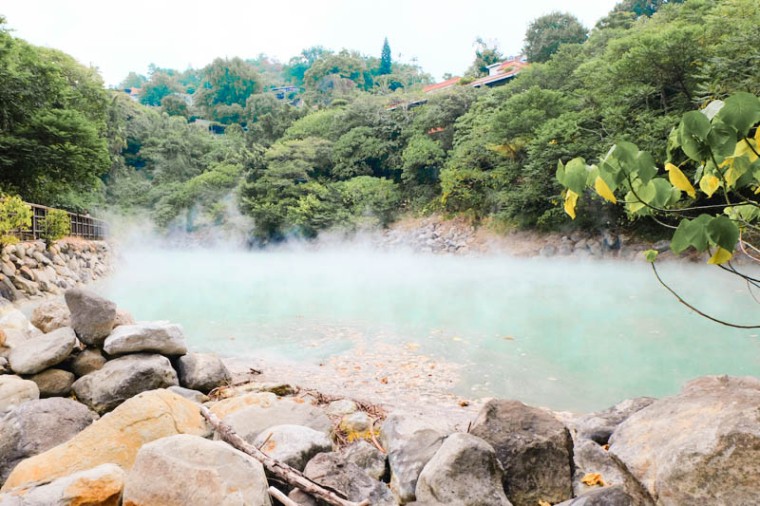 The historic Plum Garden was once a summer house of the calligraphy master and political leader Yu Youren. Built in the late 1930s, it was not until 2010 that officials renovated the building and opened it to the public.  The actual characters “Mei Ting”, meaning Plum Garden, were actually written by Yu and can be seen on a plaque at the entrance. Now housing a visitor information center to promote tourism, the traditional Japanese wood-framed architecture is amazing in its own right and as well as getting information of other places to visit, you can also see some great examples of Yu’s calligraphy.

The well-known “Cherry Blossom Tunnel,” located at Fuxing 3rd Road, Datun Village, Beitou District, is home to a stupendous ‘river’ of flowers that extend along the entire length of the road. Meticulously maintained, the trees were planted as part of an overall floral theme many years ago and are a symbol of pride for officials and locals alike. 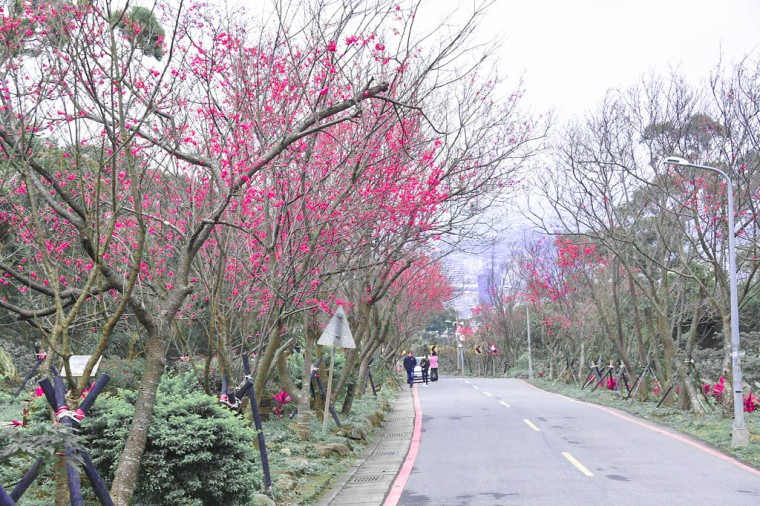 Where to stay in Beitou?

A slightly further walk away from Puji Temple, next door to a beautiful old church. It’s a much humbler Buddhist affair than Su, but still offers delicious set meals for 100 – 200NT. Staffs were welcoming and happy, but it may be difficult to communicate this if you can’t speak Chinese. They offer an English menu.

Perhaps if you come here, try order another ramen like the fried pork chop ramen? or just order a couple of plates of that divine pork chop!

STAY IN TOUCH WITH OUR WORLD OF ADVENTURES BY CHECKING OUT: